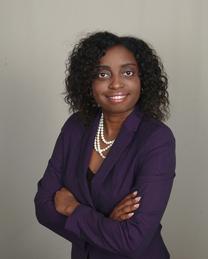 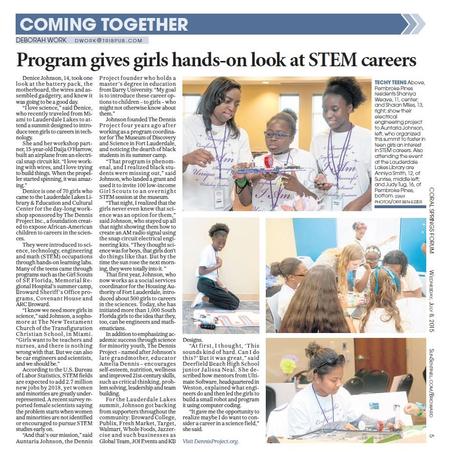 Auntaria (Mrs. A) Johnson was born in Miami, Florida. At a very young age her family moved into the James E. Scott housing projects in the inner city neighborhood of Liberty City. Auntaria is a proud student of the Miami-Dade public school system, having graduated from Miami Northwestern Community High School in 1994. She then obtained a degree in Early Childhood Education at BarryUniversity and later obtained her Master’s in Education and specialist degree in Educational Leadership (Ed.S.) from Regent University in Virginia Beach, VA. She is currently a MBA student majoring in Entrepreneurship at Florida Atlantic University.  She holds a Florida Department of Education teacher's certification in Early Childhood Education and an ESOL endorsement.

Auntaria has worked as a teacher in private and public schools, as well as a variety of community education institution including: NTCT Christian School, J.E.S.C.A. Headstart Program and Pine Hills Middle School. In addition, she has held positions at the the Museum of Discovery and Science (MODS) as a program manager and science teacher; an adult education teacher & social services coordinator for the Step-Up Apprenticeship, and most recently she is the education and training manager for the Housing Authority City of Ft. Lauderdale.  For over 20 years Auntaria has worked alongside several community partners to inspire young people to reach their full potential. The Dennis Project, Inc. is the foundation she is laying towards her goal of owning and operating a K-8 leadership academy.
Having lost one of her greatest inspirations to breast cancer (her grandmother Amelia Dennis), she became even more determined to enrich, empower, and engage youth through the organization's much needed enrichment programs.